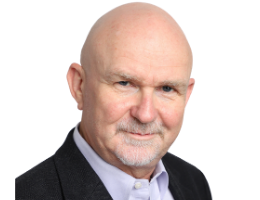 Dr. Barry Logan is Sr. V/P of Forensic Sciences, and Chief Scientist at NMS Labs. He joined NMS Labs in 2008. He is also Executive Director at the non-profit Center for Forensic Science Research and Education (CFSRE) at the Fredric Rieders Family Foundation in Willow Grove, Pennsylvania. At NMS Labs he leads our team of forensic toxicologists and certifying scientists and is the laboratory director for NMS Criminalistics Laboratories in Pennsylvania, Texas and North Carolina.

Dr. Logan is a Fellow of the American Board of Forensic Toxicologists (ABFT), and has over 150 publications and over 600 presentations in forensic toxicology and analytical chemistry, including work on the effects of illicit and prescription drugs on drivers, and drug caused and related death. His current research priorities are focused on new drug trends, the opioid crisis, rapid reporting of drug mortality data, and the analytical and interpretive toxicology and chemistry of novel psychoactive substances, founding www.NPSDiscovery.org in 2018.

Dr. Logan’s other appointments include Executive Director of the Robert F. Borkenstein course at Indiana University, and at Arcadia University and Thomas Jefferson University in Philadelphia. He serves on the Advisory Board for NIDA’s National Drug Early Warning System (NDEWS). In recognition of his work and contributions, Dr. Logan has received numerous national and international awards, and served as President of the American Academy of Forensic Sciences (AAFS) in 2013-14.